Proclaimed “a virtuoso of a high order” by the Baltimore Sun, mezzo soprano Kyle Engler has been praised for her extreme versatility in opera, oratorio, and chamber music.  As a performer on the opera stage, she has sung the roles of the Secretary in Menotti’s The Consul, Charlotte in Werther, Dorabella in Cosi fan tutte, Lucretia in The Rape of Lucretia, Mercedes in Carmen, and Cherubino in Le nozze di Figaro to name a few.

In January, 2005, Ms. Engler was cast by Placido Domingo to premier the role of Lydia Dudley in Washington National Opera’s production of Democracy, An American Comedy by Scott Wheeler, garnering rave reviews in major publications around the country.  She also premiered the role of Retinue in Augusta Read-Thomas’ opera Ligeia, conducted by Mstislav Rostropovich, in Evian, France.

Ms. Engler has been a featured soloist with many orchestras and toured in China with The Philadelphia Camerata.  An advocate of contemporary chamber music, Ms. Engler has collaborated with the Ravel Trio, the Morpheus Trio, the New Horizons Chamber Ensemble, and celebrated pianist Andre Watts.

Ms. Engler, who earned a Master of Music degree from the Peabody Conservatory of Music, is the Director of Vocal Studies at McDaniel College and also teaches voice at Towson University. 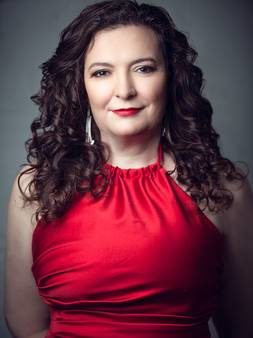