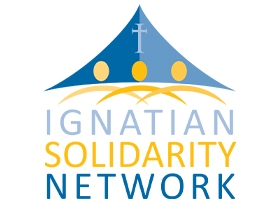 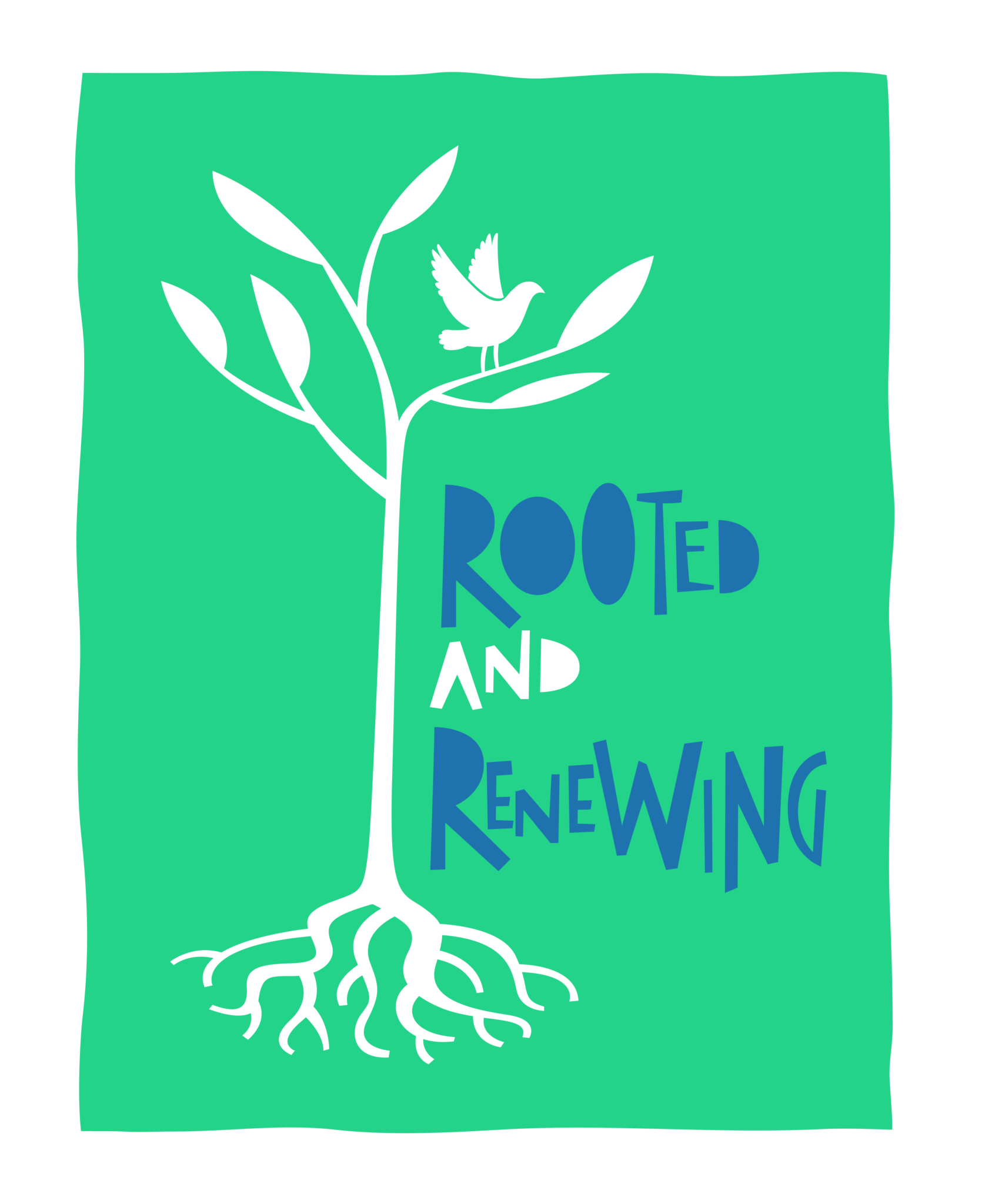 The Ignatian Family Teach-In for Justice (IFTJ) is an annual gathering for members of the Ignatian family (Jesuit and other Catholic schools, parishes, organizations, and individuals) to come together in the context of social justice and solidarity to learn, reflect, pray, network, and advocate together. It is a place where people are empowered, re-energized, inspired, challenged, and supported by a community that sees faith and justice integrally linked.

Now in its 25th year, the Teach-In has a rich history rooted in honoring the Jesuits and their companions who were martyred in El Salvador in 1989. The Ignatian Family Teach-In for Justice is a program of the Ignatian Solidarity Network.

Report on the ISN Teach-In For Justice 2021

Our Faith on Fire for Justice

The first weekend of November, Activists from Jesuit Institutions from across our Nation came to bear witness on issues of Social Justice that need immediate attention.  Jesuit College and High School students and their teachers were joined by Jesuit Parish Representatives to share their strengths, experiences and hope for a world we know is possible.  The atmosphere at the Washington D.C. Hilton Hotel and Conference center was electrifying.  There was a clear sense of urgency on a number of fronts: Systemic Racism, Immigration & Refugees and the Environment.

Baltimore’s Saint Ignatius Parish was well represented.  The Justice & Peace Committee Chair Candra Healy led a team of Parishioners who are intricately involved with these important issues.  Starting with a Friday evening reception, “Solidarity on Tap”, an extraordinary young woman named Olga M. Segura spoke on her recent book Birth of a Movement / Black Lives Matter and the Catholic Church.  Ms. Segura clearly understood her subject matter and poses some difficult questions.  Why have so many of our American Bishops remained silent on the tragic incidents that gave birth to this movement?  Yes, here in Baltimore some of our Roman Catholic Congregations have been vocal; but there are many who seem out of touch with the prejudice that chokes our community. This inspirational presentation was just the beginning.

On Saturday night, in the main International Ballroom where the President’s Annual Prayer Breakfast is held, this nearly twenty-year-old Ignatian Solidarity Teach-In Event was ignited.  Its root was the Martyrdom of Members of the Jesuit Community in El Salvador (1989).  The passion for eradicating the ills wrought by oppression now embraces all aspects of social justice.  With more than 1500 young people and their allies in the room, the enthusiasm was palpable.  No punches were pulled!  No culprit was coddled!  Speakers laid out the issues and clearly defined what needed to be done NOW!

Racism, Climate Change, and Justice are One Issue!

After a series of competent speakers, Fordham’s University’s Father Bryan Massingale took to the podium.  What followed was a stunning tour de force!  Father had the predominantly student audience often on their feet cheering.  When asked “How many homilies had they heard in their churches on Pope Francis’s Encyclical Ladato Si?” few could raise their hands.  He pointed out that poor people around the world are most affected by Climate Change.  This is the clear and present result of Racism not just here at home but everywhere.  Over and over, Father returned to the challenge JESUS gave us: To love and support those on the margins of society.  This includes all races, genders and the LBGTQ community.  He gave examples of injustices against immigrants and refugees that contradict the tenants of our Faith.  Father emphasized that being Pro Life encompasses all lives in need of protection.  He invoked the advocacy of Saint Pope John Paul to make his point. 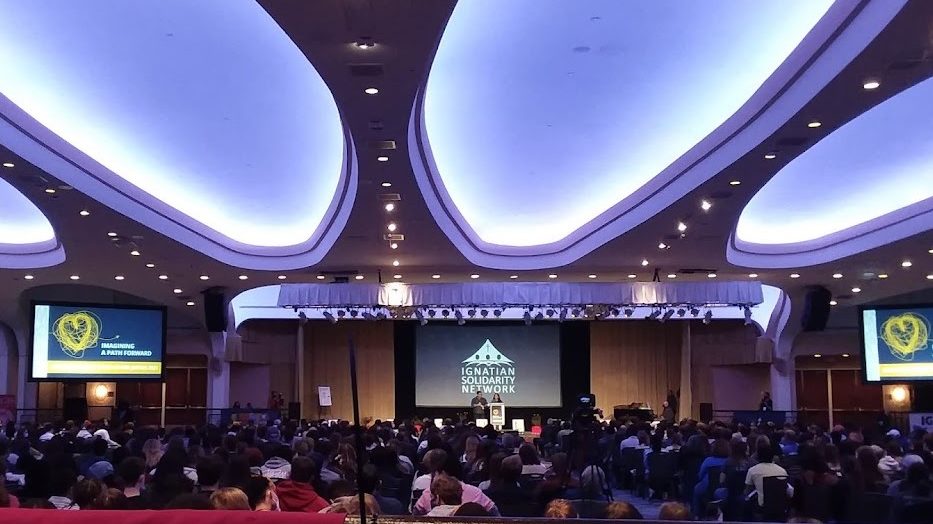 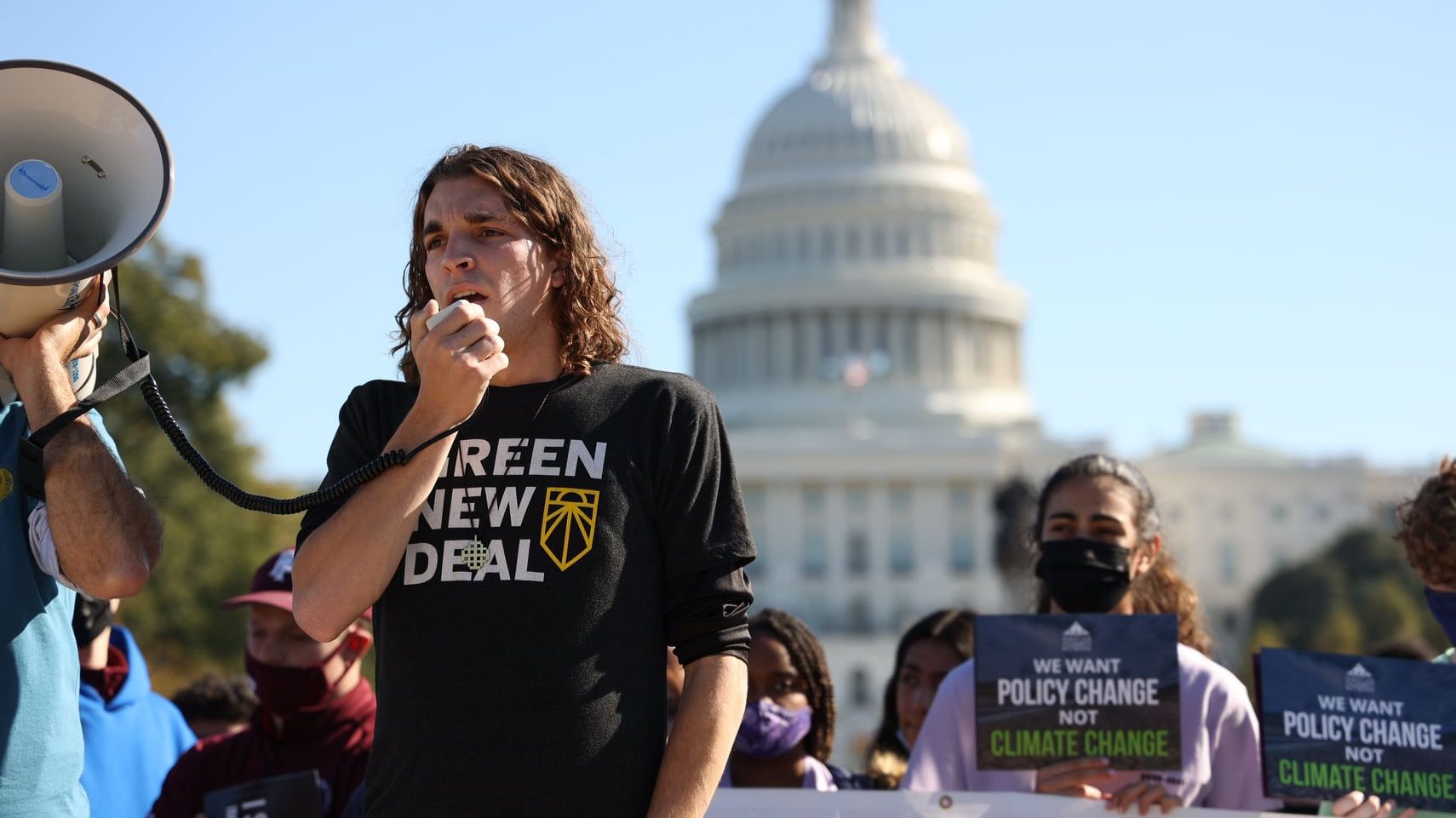 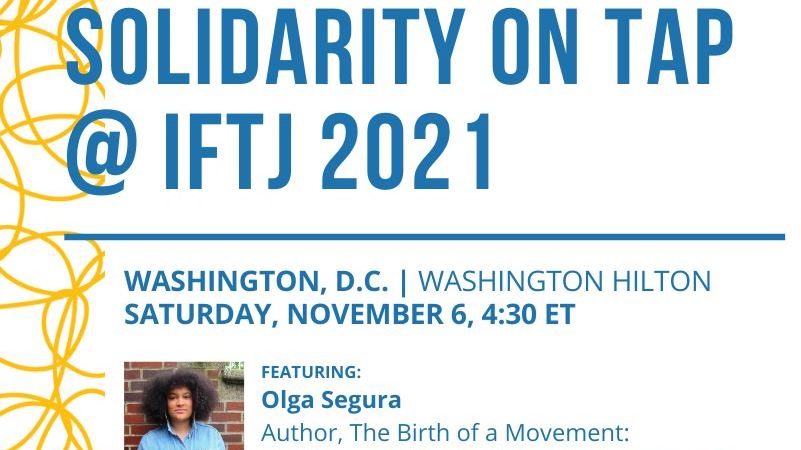 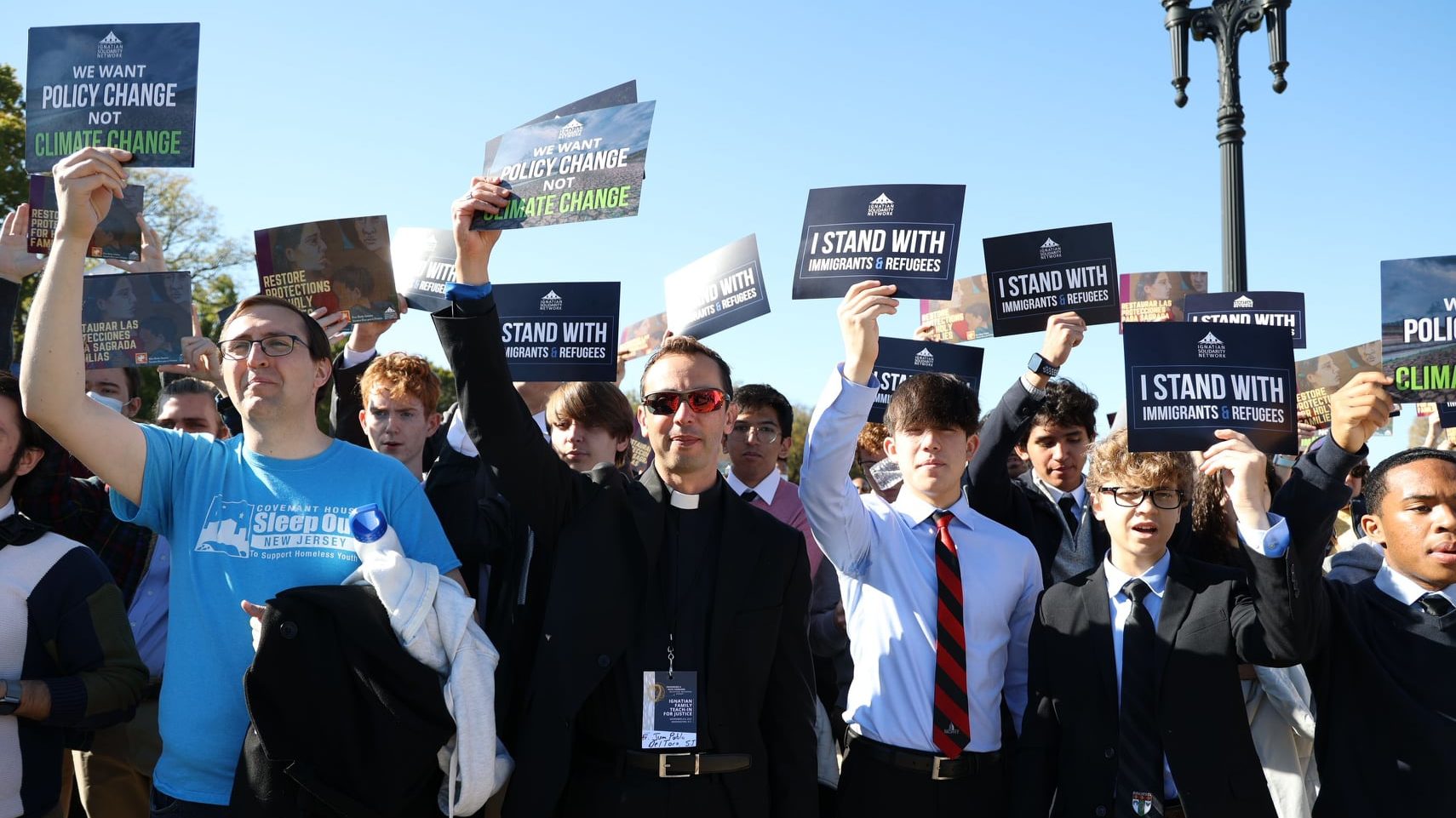 A Sunday full of Friendship and Mission!

Early Sunday Morning, we returned to the main ballroom for Morning Prayer in word and song.  Another series of adept speakers followed.  Included among them were three young men from a Jesuit High School in Sacramento who challenged their peers, administration and parents to eliminate racism on their campus.  They persisted even in the face of some pushback.  Next up, a young Israeli American woman and a Mexican  American man talked about the world of DACA.  Both these talented young people came to the United Stated as toddlers and were unaware that they were not American citizens.  Their precarious situation during the Trump Administration was defined by fear of being deported.  Although much has improved under the current Biden Administration, there is still much to be done to protect and then permanently welcome these fine students.

Mid-morning, Keynote Speaker Keya Chatterjee, Executive Director of the U.S. Climate Action Network, left no doubt that we are all threatened by the crisis of Climate Change.  As world leaders meet in Glasgow, Ms. Chatterjee fears we are losing the war to save our planet.  The impact of Global Warming is devastating peoples on every continent.  She lays blame for the inertia on our politicians and corporate giants who put short term profits ahead of human lives.  Climate deniers need to be ostracized. Her audience totally agreed!

I personally had the pleasure of meeting some proud Parents who were chaperoning their children. Whole families have joined this quest for Social Justice. I also spent a lot of time talking with the many exhibitors who were representing schools, publishers, NGOs and Charities.  Finally, there were many break-out sessions on pertinent topics led by prominent authorities.  Many of our Saint Ignatius Justice and Peace attendees took full advantage.  We spread out and gladly represented our Faith Community.

On Monday, many Teach-In folks marched in front of Congress to put our Politicians on notice that they are being watched!

Here is the website of The Ignatian Solidarity Network with links to its social network: https://ignatiansolidarity.net/

Here are links to YouTube videos of both Father Massingale’s and Ms. Chatterjee’s speeches:

Yesterday’s verdict in the trial of Derek Chauvin represents two steps forward: one toward accountability in policing and another in upholding the inherent dignity of all people.As a network rooted in Catholic tradition and the spirituality of St. Ignatius of Loyola,...

END_OF_DOCUMENT_TOKEN_TO_BE_REPLACED

Ignatian Family Teach in for Justice 2021

REGISTRATION UPDATE: WE’RE GOING HYBRID! October 16 | VirtualNovember 6-8 | Washington Hilton | Washington, D.C. Save the date for the largest annual Catholic social justice conference in the U.S. Get ready to be inspired and energized to work for a“faith that does...

END_OF_DOCUMENT_TOKEN_TO_BE_REPLACED

The Environmental Justice Committee invites you to a presentation to learn about the water that arrives at your house and leaves your house, and what you can do to mitigate contamination of our waterways and damage to our pipes”. John Marra, Ecoliteracy &...

END_OF_DOCUMENT_TOKEN_TO_BE_REPLACED

February 26 @ 1:00 pm - 3pm “…Mother Lange’s love for all enabled her to see Christ in each person and the pain and prejudice of racial hatred never blurred that vision.”  Come join St. Ignatius, the Racial Justice Circle and the Pastorate of St. Ann, St. Francis...

END_OF_DOCUMENT_TOKEN_TO_BE_REPLACED

Tax Sale Nightmare: How an unpaid bill can cost Baltimore homeowners thousands, or even their homes

Some 41,000 properties have gone through the city’s tax sale since 2016, a Baltimore Banner investigation found, threatening home ownership and prolonging vacancies in majority-Black neighborhoods. Arnita Owens-Phillips had always promised herself one thing: She would...