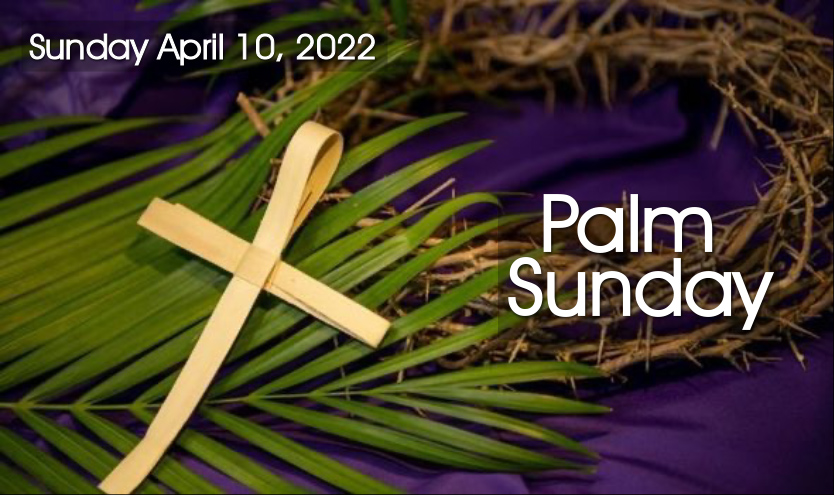 Palm Sunday Inspires Us to both Humility and Tenacity

On Palm Sunday, Christians throughout the world celebrate. It’s a joyful observance, marking the triumphal entry of Jesus Christ into Jerusalem.

Churches the world over will be packed, the joke being that they’re full because “it’s the only time you get something free from the church.” What does this unique liturgy have to say to believers in the twenty-first century?

Is the re-playing of a procession two thousand years ago only inspirational theatrics, or is there a relevant, helpful lesson to believers today?

Back to Jesus in Jerusalem. After a three-year public ministry, full of commands to the crowds not to tell anyone who he was – what is sometimes called the “messianic secret” – Jesus enters the Holy City in a very public manner. The Lord’s procession into the city is replete with declarations of “Hosanna,” and other acknowledgements of his status as messiah.

So much so, that the alarmed religious leaders tell Jesus, “Teacher, rebuke your disciples.” In response, however, Jesus rebukes them and says, “I tell you, if they keep quiet, the stones will cry out!”

There is no longer any secret. Jesus is being hailed as the messiah, and he’s accepting it. The entry into Jerusalem will be the summation and grand conclusion to his ministry on earth.

Perhaps not surprisingly, the different gospel books give us different details. For Luke, Jesus’ journey to Jerusalem was recounted in ten chapters of his gospel, and the long-awaited arrival was the highlight of Jesus’ teachings about discipleship.

Of course, Luke tells us about Jesus entering Jerusalem on the colt of a donkey, as do Mark and John. The use of a colt would have brought to mind to many people in the Holy City the historical memory of the great King Solomon, who rode a colt to his regal anointing, as well as an ancient prophecy of Zachariah (some time after Solomon) about a future king who would enter the Holy City in such a way.

Incidentally, Matthew tells us that Jesus actually had both an adult donkey and a colt, since he wanted to show Jesus was also fulfilling a similar prophecy from Isaiah. Either way, the imagery of a colt was to symbolize lowliness. Even as the crowds went wild over Jesus’s entry, the Lord literally rode in on humility.

As the crowds would later turn on him, switching from “Hosanna” to “Crucify him,” the Lord’s humility was consistent through both moments.

In the Lord’s procession, Luke tells us that the people threw down their garments. King Jehu, one of the great religious reformers of ancient Israel, was greeted in a similar way. Interestingly, Luke doesn’t mention anything about branches or palms. Matthew and Mark do not mention garments but only speak about branches, without specifying which kind. Only John tells us that Jesus was specifically honored with palm branches.

Either way, the use of garments or branches were traditional customs to show reverence to a beloved leader. Each reflected the crowd’s devotion to Jesus, and Jesus accepted them and used them to symbolize his own devotion to his mission.

But the people later changed their hearts, and the branches went from praising Jesus to being used to beat and abuse him by soldiers. The garments went from glorifying him to being stripped from him, and humiliating him. In each movement of the crowd – whether of praise or denunciation – Jesus’ devotion to his mission remained the same. Whether in acceptance or rejection, in comfort or persecution, Jesus was consistent.

As we recall these details, and recount the importance of the different aspects of this event, the question remains: Is any of this helpful to the believer today? What lessons from this event could help believers in their own struggles with faith and discipleship?

Of the many possible lessons of this feast day, it’s perhaps easiest to look at the obvious symbols of the colt and the palm. The one indicates humility, and the other tenacity. The believer can see both of these expressed consistently in Jesus Christ. Even as circumstances around him drastically change, these virtues remain constant within him.

Nothing robs the Lord of his peace, and nothing distracts him from his own identity or eclipses his mission.

In the twists and turns of the various state of affairs in which a believer finds herself, she can imitate the Lord’s humility and stay true to herself. She can emulate his tenacity by remaining focused on her life’s work, not allowing either favor or fear to compromise the talents she has been given or the mission entrusted to her care.

These are essential lessons, as pride seeks to overwhelm our identity and vanity whispers lies to steal our mission.

On this Palm Sunday, with a colt and palm branches to boot, believers and people of good will can see in Jesus Christ a model of our humanity and a summons to the joy of humility and the freedom of tenacity.