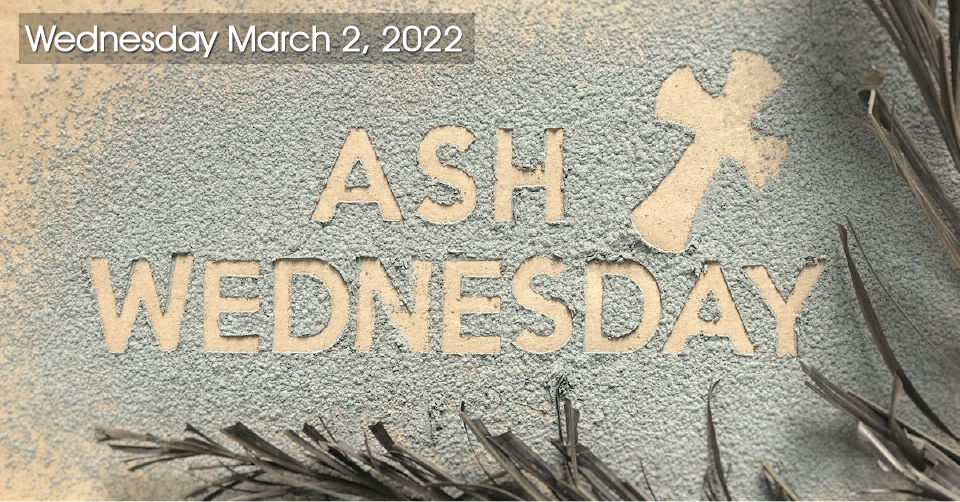 Ashes are distributed during each Mass.

What is Ash Wednesday and What Happens?

Ash Wednesday is always 46 days before Easter Sunday and marks the beginning of the Lenten season. Lent is traditionally a 40-day fast — a reference to the time Jesus spent being tempted in the desert — that seeks to prepare the heart of the believer for the solemn remembrance of Jesus’ death. It concludes and is followed by a joyous Easter Sunday celebration of the resurrection of Christ. For more information on when Lent is, visit our When Does Lent Start and End? article.

Ash Wednesday is a penitent service that uses ash to mark the sign of the cross on the believer’s forehead, symbolizing our sinful nature and need for salvation. The Catholic church usually uses the ashes of Palm Sunday branches from the previous year’s Palm Sunday service.

Does the Bible Say Anything about Ash Wednesday?

While the Bible does not mention the celebration of Ash Wednesday or command its practice, the Bible does mention ashes and dust in several places. The use of ashes in the Old Testament onward symbolized mourning, repentance, and the frailty of humanity.

According to CatholicStraightAnswers.com, in the Catholic Church:

“The priest blesses the ashes and imposes them on the foreheads of the faithful, making the sign of the cross and saying, ‘Remember, man you are dust and to dust you shall return,’ or ‘Turn away from sin and be faithful to the Gospel.’”

Tertullian (c. 160-220) and Eusebius (260-340), early Christian authors, note in their respective works De Poenitentia and The History of the Church the practice of penitent believers covering themselves in sackcloth and ashes.

CatholicStraightAnswers.com explains,
“Eventually, the use of ashes was adapted to mark the beginning of Lent, the 40-day preparation period (not including Sundays) for Easter. The ritual for the ‘Day of Ashes’ is found in the earliest editions of the Gregorian Sacramentary which dates at least to the 8th century. About the year 1000, an Anglo-Saxon priest named Aelfric preached, ‘We read in the books both in the Old Law and in the New that the men who repented of their sins bestrewed themselves with ashes and clothed their bodies with sackcloth. Now let us do this little at the beginning of our Lent that we strew ashes upon our heads to signify that we ought to repent of our sins during the Lenten fast.’”

Bibleinfo.com provides additional information:
Ash Wednesday “was accepted into the beliefs of the Catholic Church at the Council of Nicaea in 325 AD. The council also settled upon the 40-day fast period as the standard length to celebrate Lent. During this time period the goal of Constantinewas to combine pagans and Christians into a peaceable unit within the Roman kingdom.

Even after the Council of Nicaea the beginning start date of Lent was still questioned. In 601 Pope Gregory moved the beginning of Lent from the fourth Sunday of the year to Ash Wednesday, 46 days before Easter. This changed allowed for 40 days of fasting with six Sundays counted as feast days, for a total of 46 days for Lent. Pope Gregory also instituted the tradition of marking parishioners forehead’s with ashes in the shape of a cross.”