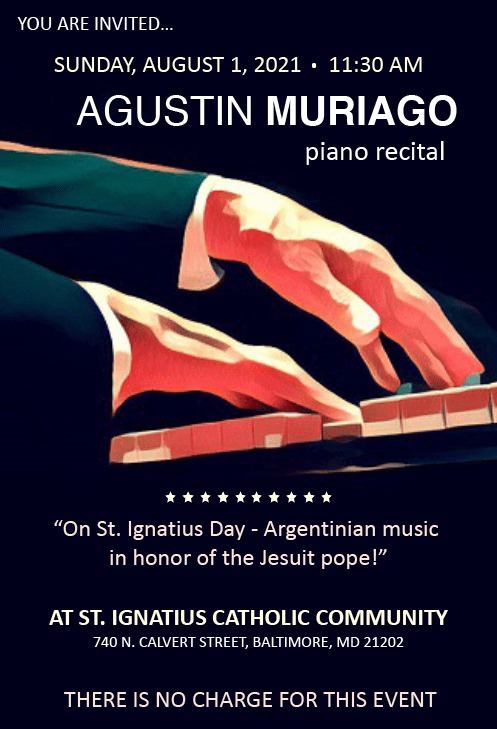 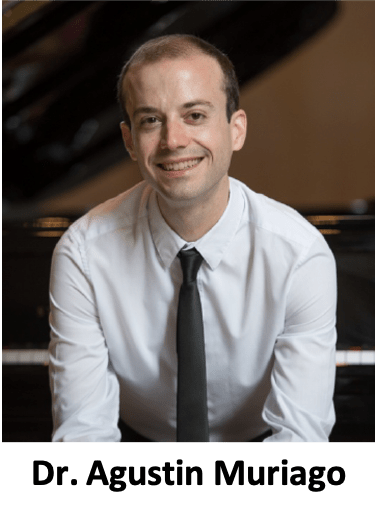 Pianist Agustin Muriago has performed throughout the United States, Spain, China, Brazil, and his native Argentina, in venues such as Steinway Hall in New York City, the Teatro Ópera in Buenos Aires, and the National Centre for the Performing Arts in Beijing. His repertoire ranges from standard piano works to contemporary music premieres, with an emphasis on Spanish and Argentine music. He has recorded for the Acte Préalable label and for NPR affiliates.

Dr. Muriago has offered master classes and adjudicated numerous competitions in the United States and abroad, among them the MTNA Young Artist Competition, the KMTA Honors Auditions and the New York State School Music Association’s piano festival. Recent teaching engagements include a master class at the Universidade Federal do Rio Grande do Sul in Brazil and a week-long residency at the Universidad de Chile. He is a member of the Music Teachers National Association, the College Music Society, and has been inducted into the American music honor society Pi Kappa Lambda.

Dr. Muriago is Assistant Professor of Keyboard Studies at the Peabody Institute of the Johns Hopkins University. Prior to his appointment at Peabody, he served on the piano faculty at Kansas State University, coordinating the Master of Music in Piano Pedagogy degree and teaching group and private lessons. He has also held teaching positions at The Hartt School Community Division and New York University.

Highlights for the 2021 season include a lecture at New York University on piano music from underrepresented composers and a solo recital of Argentine music for the Dame Myra Hess Memorial Concert Series in Chicago.