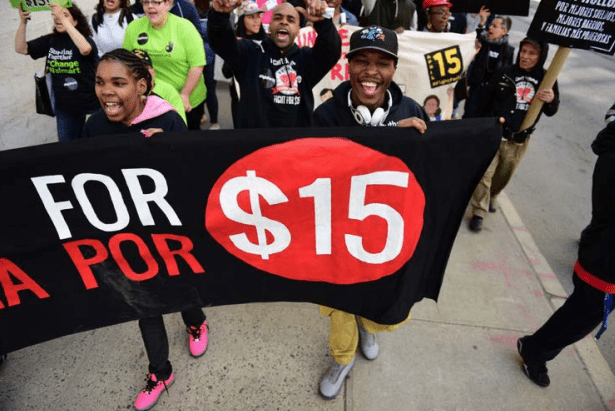 “That is just not enough,” Del. Jeion Ward, D-Hampton, said during the House Democrats’ news conference. Ward and House Democrats propose increasing the state’s minimum wage to $15 per hour, which would more than double the current rate and be the highest in the country.

The annual salary of a worker making minimum wage would increase from $15,000 a year to about $31,200. Additionally, Ward chastised the state’s workers’ rights record and said that workers need to be granted more protections in the area of workers’ compensation.

Firefighters, she said, should also be covered for post traumatic stress disorder.

First, she said Virginia would need to analyze why teachers are leaving the profession with an outgoing survey.

Second, she said that all teachers should have a guaranteed half-hour lunch. Although many teachers already get this, she said there is no mandate and there are some teachers who go without this length of a lunch.

Some areas in which the state can alleviate these problems, he said, is by removing the ability to confiscate drivers’ licenses for non-driving related crimes and by decriminalizing the possession of marijuana. Del Charniele Herring, D-Alexandria said during the news conference that Virginia has some of the most restrictive laws on voting.

“We look forward to a successful session,” Filler-Corn said. Democrats have a narrow minority in the House of Delegates and in the Senate, but hold the governor’s seat. Some Republicans have already shown a willingness to work with Democrats on the minimum wage increase, with two Republicans in the Senate Commerce and Labor Committee voting to advance the bill through the committee.