Come & Celebrate – We Funded the Trust! 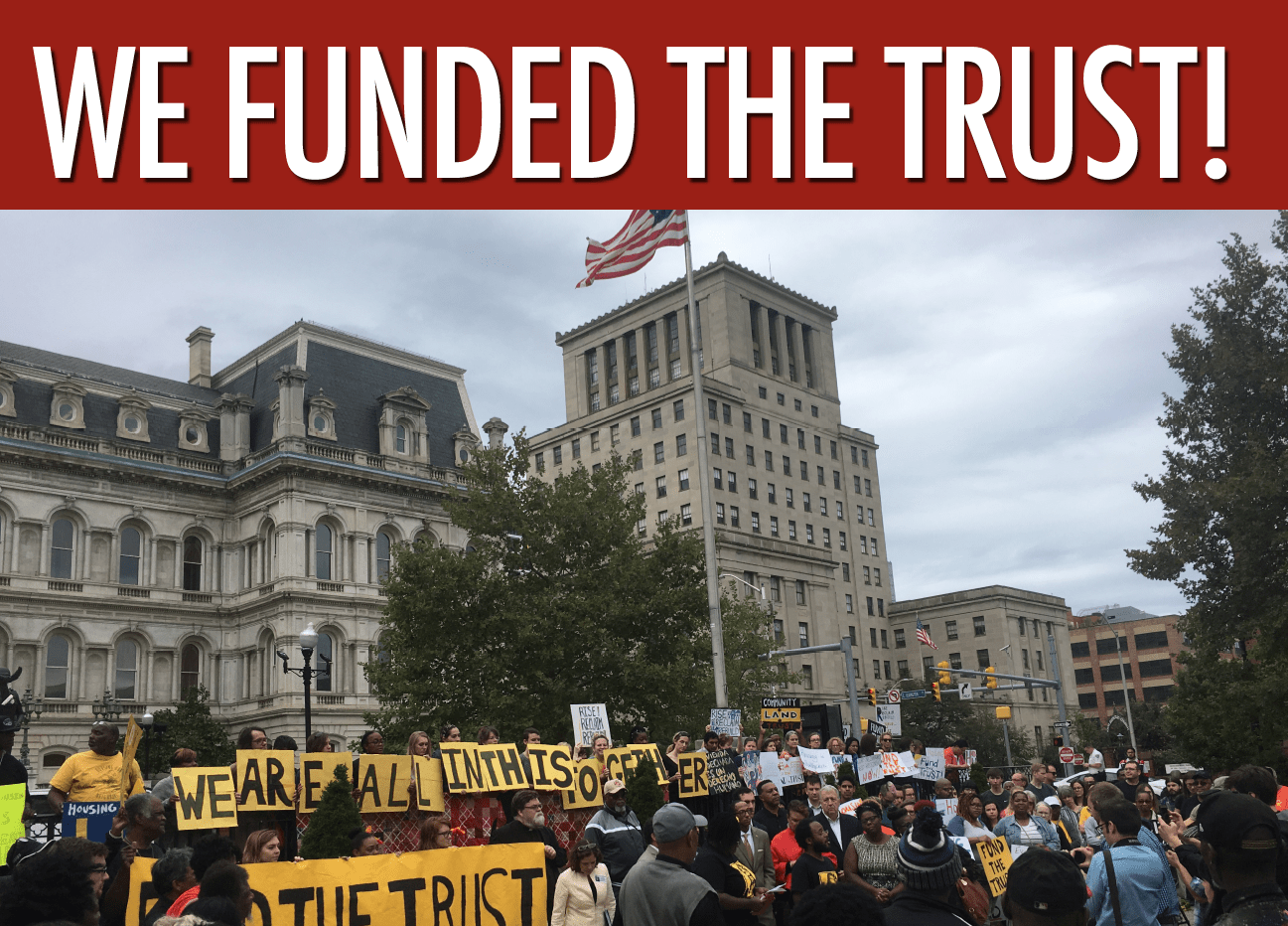 Come & Celebrate – We Funded the Trust!

This year has been a big one for Affordable Housing in Baltimore. Our city’s Affordable Housing Trust Fund (AHTF, for short) was created in November 2016, established with the support of 83% of Baltimore voters. For almost two years it sat empty. Though our public officials committed to and even campaigned on dedicating $20 million every year to create and maintain affordable housing for us, they did not act.

Community members across the city were ready to take charge and #FundTheTrust. We claimed space in our city’s budget process and demanded the right to participate. We went to the budget office, the planning commission, the board of estimates — we demanded to be heard. When the budget was finalized, $2 Million was dedicated to the trust while $10 Million was dedicated to city computer upgrades. “Where are our city’s priorities?” we asked.